January in Melbourne means one thing. Australian Open time!! While I am not a tennis fanatic I do enjoy watching tennis. I follow the players and enjoy reading about their success during the year (or lack thereof). 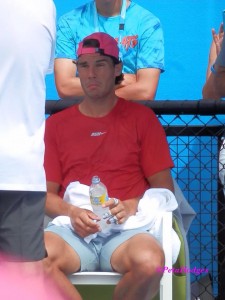 Growing up in my house you watched either the tennis or cricket during the summer. You had no hope of watching anything else. So now I have grown up I am still doing the same ( educating my daughter on the finer points of both sports).

There isn’t a lot of things that I do or want to attend but this is my one thing I do every year. It started a few years ago. I had been every now and then to the Aus Open over the years, especially once I moved closer to the city.

One year my sister in law mentioned that she would like to go to the tennis so I put my hand up to go with her. We have been going every year ever since (although she now does the whole first week). Our small band of supporters has grown from just us to now include my 2 of my nephews and also their Gran. We usually go on the middle weekend to HiSense arena but this year it has changed to Margaret Court Arena (This is now the ticketed court).

Not only does this serve as a tennis fix it also means I get a kid free day, from early morning to late at night. These are few and far between. 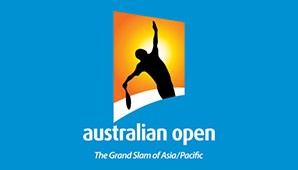 Besides the tennis one of the things I like so much about going is that there is so much to do even if you don’t watch much of the actual tennis games. One of my favorite things to do is to go watch the tennis players practice. Now I have never been to another Grand Slam so can’t comment on what its like there but we seem to be able to get closer to the players here.

Here are some pics from this years Open. (Thanks to Peta Hodges for permission to publish them)